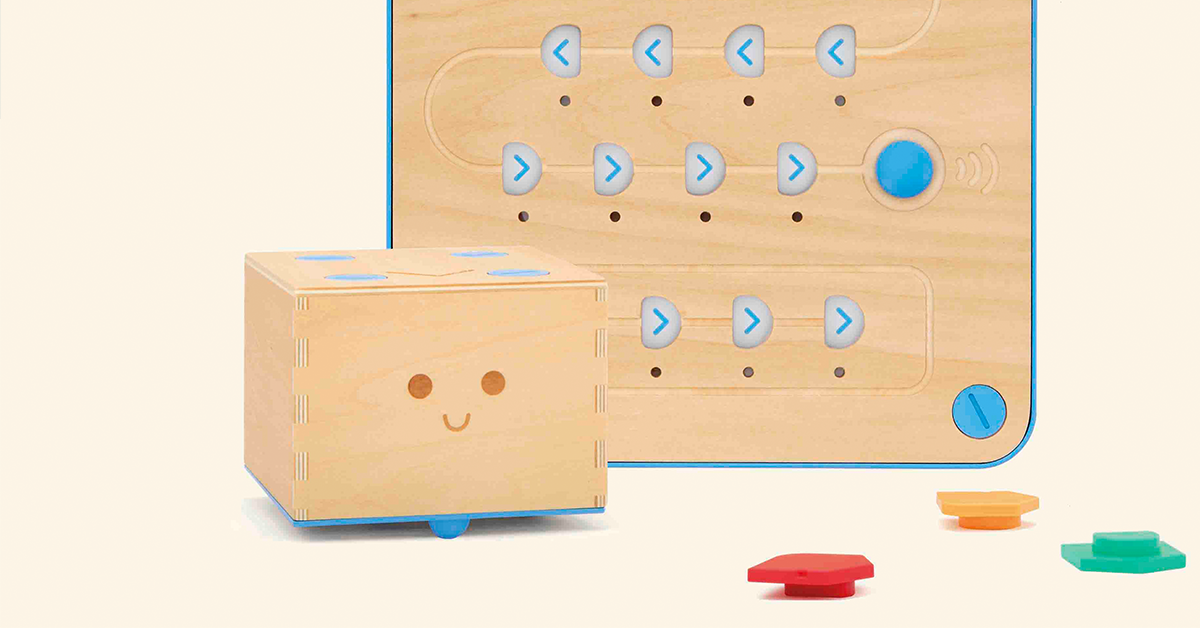 A Review of Cubetto by Primo Toys

Cubetto is a coding toy for kids who are 3 years or older. If you read How I Became a Programmer, you’ll know that I started coding at around 6 years old. So when I first encountered the kickstarter for Cubetto, I was immediately intrigued. At that time my daughter was not 3 years old yet. I decided that I would buy one for her when she turned 3. This post is a review of the Cubetto itself and my experience using it with my kids.

I browsed to the Primo Toys site a few weeks before my daughter turned 3 to purchase the Cubetto. It had been some time since I had looked at it and I was pleasantly surprised that they had added some additional options.

I wasn’t sure which packages I should buy. I ended up buying the Cubetto Variety Bundle and the Logic Blocks with Logic Pack. It seems that Primo Toys change the available bundles frequently as the variety bundle is no longer available.

The process is very easy once you decide on what you want to buy and delivery of the package was done on time via UPS.

I was eager to start unboxing the package as soon as it was delivered. My first coding experience with my daughter was something I was really looking forward to since the day she was born.

I opened the package and was pleasantly surprised with the quality that Primo Toys have put into every part of Cubetto. It’s not just the quality of the build of the Cubetto and the programming board. Even the manuals, story books and maps all show that a lot of work has gone in to make this a quality product.  It feels like a product built by a big corporation like Microsoft or Apple and not by a kickstarter startup.

Playing with the Cubetto

My daughter was already excited whilst we were opening the package. I then started explaining that the toy’s name is Cubetto and that we were going to play with it. I put in the batteries and followed the instructions to pair board with the Cubetto. We were ready to go!

My daughter sat down and I told her that Cubetto was going to go near her. I put in blocks to turn the Cubetto and move it forward and my daughter’s eyes lit up as the Cubetto moved near her. She started shouting “Cubetto is coming near me!” When I saw her reaction I felt that I had in fact made the right decision in buying the Cubetto.

The premise of the Cubetto is simple: learn coding without using a computer. This is a great way to instil computational thinking in children who haven’t learned how to read and write.

The basic building blocks of the Cubetto programs are the code blocks. When starting out it’s best to focus on the 3 basic blocks:

These blocks are enough to get your child to learn how to use the Cubetto without going into more complex blocks.

You build your “program” by putting a number of blocks on the board in sequence and then you press on the blue button. The Cubetto will beep and start executing your instructions one after the other. The LED on top of the current executing step starts flashing as the step is executing.

Now I also have a son who’s 2 years younger than my daughter and whenever he sees the Cubetto he wants to grab it and play with it. Unfortunately he doesn’t really understand that you play with the Cubetto without touching it. This has meant that sometimes it’s a bit tricky to play with it whenever he’s around. Having said so I have managed to have some good times playing with my daughter.

I have seen her grow and start to understand how it works. She’s still struggling to understand the concept of turning left and right. This is normal at her age. I think the Cubetto itself might be a bit confusing to Kids as the arrow indicating the way its facing is not emphasised enough. I plan to add some stickers on the top of Cubetto so my daughter can better understand the way it’s facing and how the blocks will affect the Cubetto’s behaviour. Click here to read my post on how this went.

You might have inferred that I really like the Cubetto and I’d suggest it to anyone who has a 3 year old kid. I strongly believe that our kids need to have a strong foundation in computational thinking so that they are successful when they grow up. It is never too early to start them on the right path.

Do you have a Cubetto or a small kid? Let me know your thoughts and comments.